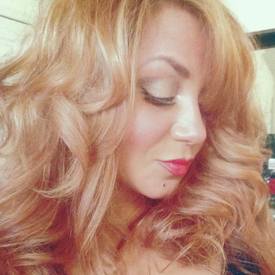 JoLynne Valerie is best known for her Intuitive Angel readings, and Paranormal novels. She is known as "ParaGoddess" to her readers and fans, a name born from Ms. Valerie's extensive knowledge of the Paranormal and her passionate commitment to live an authentic, spiritual lifestyle.

Raised in a family of Intuitive women, Ms. Valerie grew up speaking the language of Intuition, and teaches fast-paced, interactive Intuitive Development workshops. JoLynne also works in Paranormal Investigation and on Missing Persons Cases, when requested.

She is known for her inspirational posts, which can be seen on her blog, Facebook, Instagram and Twitter. JoLynne Valerie is also a bona fide foodie and healthy lifestyle advocate. Her latest book release is, in fact, a cookbook. 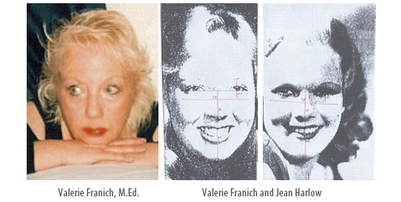 Valerie Franich, M.Ed. earned a bachelor's degree in mental health psychology mainstream and special education from Western Washington University and a master's degree from Lewis and Clark College in Portland, Oregon. She has more than twenty years of experience as an intuitive educator and disability advocate. She lives in Seattle, Washington.

For the last several years upon being made aware of Dr. Finkelstein's work on the topic of reincarnation, she had a strong unknown guided sense to offer to be a participant in his work, thus, showing the possibilities of reincarnation. She has become a strong advocate of his work and for the life of Paul Bern, for the public to know the factual man, not the tragic image of a man developed by the skilled image makers at the MGM studio.

She serves as a writer and executive producer, she is associated with Adrian Finkelstein, Thunderball Films and Mania Entertainment on their common film project under development: By Love Reclaimed, based on the book with the same title, co-authored by her and Adrian Finkelstein, also, an executive producer.  Recently, Ms. Franich has been associated with Thunderball Films, as a writer and executive producer. In addition to Mario Domina, CEO of Thunderball Films, recently she has been collaborating with Nuala Barton, CEO of Mania Entertainment, and through her with actress Mischa Barton in the development of the biopic feature film: By Love Reclaimed, in which Mischa will star as Jean Harlow. 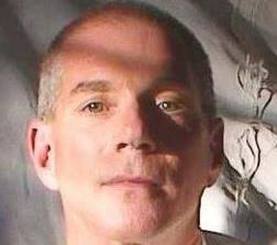 Jost van Dyke considers himself a Multidimensional Renaissance HuMan.  This personal appraisal is typified by three mobilizing elements that have been an underpinning dynamic prior to and since his birth.  Before he was born his parents had a “close encounter”, an experience quite extraordinary for two people who were raised and living at the time in rural North Florida amidst Deep South fundamentalism of the 1950s.  (Jost's father always joked about him being "seeded" from another planet; that's probably not stretching the truth too far.  Jost has always and continues to have a "communion" with the extraterrestials.)  Jost was born Easter morning, at the break of dawn with a natal sun conjunct an 11:11 Aries ascendant/Libra descendant axis. At the age of five, he had an out of body experience (OBE), an angelic visitation that set in motion epiphanies that have come to define his life in many ways.  Subsequently, this present incarnational narrative has essentially been contracted to include symbolic crucifixion, death and rebirth themes interwoven into an interplanetary, multidimensional montage of invention and integration, interminably rising from the ashes by the seat of his pants.

Meanwhile, in addition to being an accomplished concert pianist, Jost has pursued several professional venues: these careers include musical theatre conductor at Florida State University School of Theatre, vocal coach/accompanist, music editor for Bourne/International Music Publishers and international copyright correspondent for MCA/Universal, Inc.  Artist in Residence at Marymount Manhattan College, fine-dining restaurant manager, a chef and food columnist, a large-scale events coordinator, a nationally-exhibited fine art photographer with photographs housed in private and gallery collections around the country, a photo-journalist, and most recently a Pilates instructor, featured columnist for Andrew Brewer's e-zine, The Alchemical Heart, as well as an intuitive Tarot/Astrology advisor.